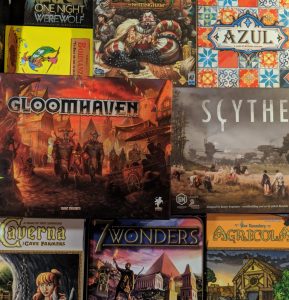 I’ve been playing board games since I learned to play chess at six. Over the past five years, board games have become a booming niche industry. The most popular games—like the Settlers of Catan—sell millions upon millions of copies, while the most venerated games—like Gloomhaven—have large online forums devoted to custom player-created content, tips and tricks, and rumors about potential expansions.

What do board games tell us about corruption?

Some games include mechanics that simulate corruption, and they are rich with lessons about corruption. For example, in one game, The Sheriff of Nottingham, bribery is the central mechanic of the game. Players take turns playing the Sheriff and merchants. The merchants try to ship goods, some of which may be valuable contraband, into their market stalls. The Sheriff tries to catch merchants shipping in contraband and confiscates the contraband for personal profit. Merchants are encouraged to bribe the Sheriff to not inspect their goods, in order to keep goods flowing to their market stalls.

Even for the most timid player, as soon as you become the Sheriff the power starts to go to your head. I’ve never observed somebody playing as the Sheriff and not demanding at least small bribes from every merchant. You have a monopoly over inspection, there’s no accountability, and the only risk is if you decide to inspect a merchant’s goods and it turns out they are shipping only legitimate goods. 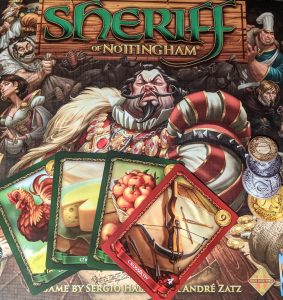 When you play as a merchant the best strategy tends to involve bribery—a lot of bribery. You want to keep goods flowing to your market stall. You can always calculate the exact tipping point at which a bribe will be profitable and you can structure your negotiation for a bribe around that number. If you want to play on the up-and-up, other players who smuggle in contraband and who are not afraid to bribe the Sheriff, will outpace you. Just one player who is willing to smuggle and bribe will incentivize all the other merchants to do the same.

I have two main takeaways. First, framing matters. When put into a context where bribery is condoned and part of every-day-life it’s easy to quickly slip into a different mode of thinking. Second, incentives are powerful. As soon as a player recognizes the incentives acting on them, they adapt their behavior.

On a more meta-note, I like to compare board games to political systems. They are governed by a series of rules, many of which are formally written down, but some of which are co-constructed by the players—in other words, norms. The dynamic of how people interact and behave within the constraints of the rules—written and normative—is what defines the quality of a game. When people cheat, specifically when they betray the trust of the other players, it makes the game less fun and it creates a disincentive to play.

Good games, like good political systems, have strong formal rules that make sense and so people want to follow the rules. The more complex and archaic the rules, the easier it is for a casual player to forget them, or for a bad-faith player to exploit them. When somebody does intentionally break the rules, it shouldn’t create incentives for other players to do the same, instead it should just create an incentive not to invite that player back to the table again.