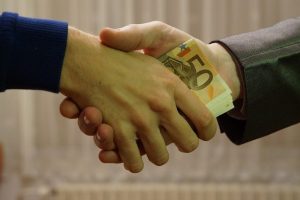 Last month, CIPE published “Impact Investing and Bribery: Risks and Incentives” in response to increasing interest in impact investing, especially within the non-profit community. The post briefly discussed the risks that come with impact investing, as well as advised impact investors on how to mitigate their risk. As a follow up to that post, this article seeks to expand upon the legal risks previously discussed and answer the question: Are impact investors legally liable for the corrupt actions of their investees?

Bribery of foreign officials is illegal under the U.S. Foreign Corrupt Practices Act (FCPA). More specifically, it is a crime for a “domestic concern” (U.S. person or U.S. company), certain entities that trade on the U.S. stock exchange, and foreign persons in the U.S. to knowingly provide anything of value to a foreign official if it helps to obtain or retain a business advantage.

For impact investors, a critical element of the FCPA is that willful blindness to a situation with a high probability of unlawful activity also fulfils the FCPA’s criteria for “knowingly.” Moreover, the U.S. government has taken to interpreting elements of the FCPA quite broadly—including its understanding of “business advantage” and “domestic concern.” This means that indirectly related parties—including impact investors—could be liable for the corrupt actions of others.

In United States v. Kozeny, the Second Circuit convicted an investor of FCPA violations because there was abundant evidence that he was willfully blind towards the legality of his investee’s business practices and “worked to avoid learning exactly what [his investee] was doing.” In its discussion of the FCPA’s “knowledge” standard, the Court referred to evidence indicating that the investor (1) knew corruption was pervasive in the region, (2) knew his partner had a reputation for corruption, (3) created companies to shield himself and other investors from potential liability, and (4) expressed concerns that his partner and company were bribing officials.

The U.S. Department of Justice (DOJ) also issued an opinion in 2010, stating that a U.S.-based microfinance non-profit was a “domestic concern” and was therefore subject to the FCPA. This means that even international non-governmental organizations (INGOs)—a growing segment of the impact investment community—are liable under the FCPA.

Moreover, there is nothing in U.S. anti-bribery law or any international anti-bribery agreement that specifically relieves non-profit organizations of liability. In fact, countries such as Canada have interpreted the Organisation for Economic Co-operation and Development’s Convention on Combating Bribery of Foreign Public Officials in International Business Transactions to cover non-profit entities.

To that end, CIPE works with the business community to support a range of efforts to combat corruption, including improving integrity standards and strengthening compliance standards for companies. As international development has integrated into the impact investment space, we want to make sure anti-corruption is part of that dialogue—especially for INGOs.