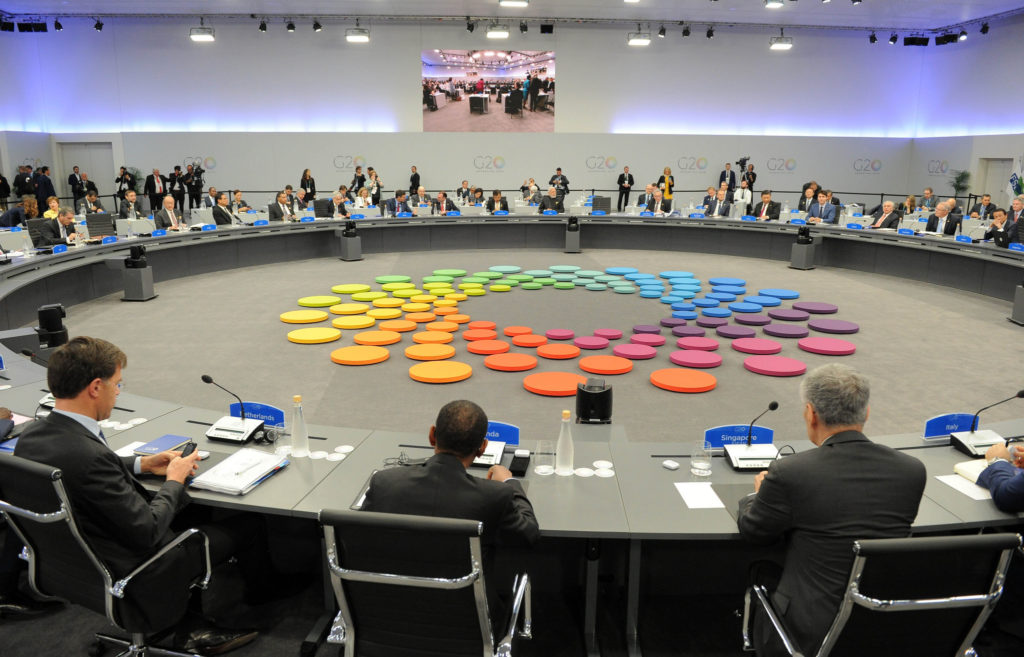 World leaders gathered recently in Buenos Aires, Argentina for G20 meetings intended to center around a theme of “Building Consensus for Fair and Sustainable Development.” The host country President Mauricio Macri has put fighting corruption at the core of his agenda.

It is not difficult to understand why. Bribery scandals in Argentina involving the Odebrecht conglomerate and other big companies have put a global spotlight on what can occur between venal public officials on the demand side of the corruption equation and public companies generating revenue streams on the supply side of the equation.

Nowhere is the risk of corruption clearer than in the management of state-owned enterprises. State-owned enterprises (SOEs) form a fifth of the world’s largest companies, often in strategic sectors such as natural resources, public utilities, and finance. Meanwhile, the Organisation for Economic Co-operation and Development’s (OECD) most recent Foreign Bribery Report states that over 80 percent of total pay-offs were either promised, offered or given to state-owned enterprise officials. The case is clear for better management of these companies from a public policy perspective and in order to make this issue a broader international priority.

SOEs are particularly vulnerable to corruption because of their closeness to governments, politicians and public officials. Moreover, they often own sizable public assets or operate critical services to the public. If they are plagued by poor governance and weak management systems, their corruption risk goes way up. For this reason, some governments have found it best to sell state-owned assets to the private sector, where they are regulated as any publicly or privately held company.

Other countries deem it strategic, often for political reasons, to continue government ownership of these enterprises. The G20 countries have applied a variety of approaches to ownership of said enterprises. To counter corruption in SOEs, G20 countries should set collective expectations and requirements that SOEs operate at high standards of integrity, transparency and accountability.  Key actors would include, not just governments, but also investors, business partners, and civil society members of the G20 nations.

Fulfilling some commitments made under previous G20 presidencies, such as the High Level Principles on Promoting Integrity in Public Procurement, would significantly improve governance of these enterprises. At this set of G20 meetings, the leaders of the G20 released a declaration, which, among other commitments, committed G20 leaders to preventing and fighting corruption and endorsing the principles. A consortium of civil society groups chaired by a CIPE partner, the Center for the Implementation of Public Policies to Support Equity and Growth (CIPPEC), has advised the G20 through the Think Tank 20 (T20) Summit held in September. The recommendations include:

Improving the board of directors’ governance structures

Ar key step to reducing the risk of corruption in SOEs is improving their governance structure. The power of independent directors to oversee the sound governance of SOEs is important, specifically by enhancing and professionalizing the independent directors of these companies. The independent directors serve as a balance to the directors appointed by the government. Likewise, better distinguishing the roles of the board from the chief executive officer as well as making a clear separation between the state’s ownership and the management functions of SOEs is fundamental to the companies’ sound management. Earlier this year, CIPE sponsored a state-owned enterprise director training program in Argentina in alliance with CIPPEC to improve the capability of independent directors to exercise oversight. Early this month, CIPE will partner with the Brazilian Institute of Corporate Governance (IBGC) to conduct another region-wide training for state-owned enterprise directors in São Paulo.

This is arguably the most important area of risk to address, as much corruption in SOEs derives from this process. For example, in Mexico, the purchasing contracts of the state-owned oil company, PEMEX, totaled $149 billion in 2015—or just over 36 percent of the total infrastructure budget for the period 2014-18. In Argentina, it is estimated that between 2012 and 2015, the overpricing on public projects of a strategic nature in the infrastructure sector (due to lack transparency and little competition) reached 40 percent. Procurement can be improved through the implementation of integrity pacts between governments and private sector bidders, as well as by requiring anticorruption standards of potential contractors.

The Argentine government has put a high priority on public-private partnerships as a means of providing the country with badly needed infrastructure improvements, but they need to ensure the Argentine people that these procurements are transparent and accountable. To that end, CIPE is developing an initiative to partner with key members of civil society, the private sector, and government to implement mechanisms that will ensure that international best practices of governance are applied to the partnerships.

Enforcing due diligence in mergers and acquisitions

The buying and selling of SOE assets is another highly vulnerable area for corruption. Disclosure of information regarding property disposition and monitoring of price evaluations of SOE assets is key to making sure this process is more accountable. The Argentine government recently issued good governance standards for state-owned enterprises that adhere to OECD guidelines. This is an important first step to ensuring that due diligence in overseeing the disposition of assets is performed.

For the public, the inner workings of SOEs can become highly technical and difficult to comprehend. But the proper governance of these companies should be a prominent topic to discuss at such meetings as that of the G20 leaders in Buenos Aires. That is, if the leaders of the world’s largest economies are truly serious about ensuring fair and sustainable development.