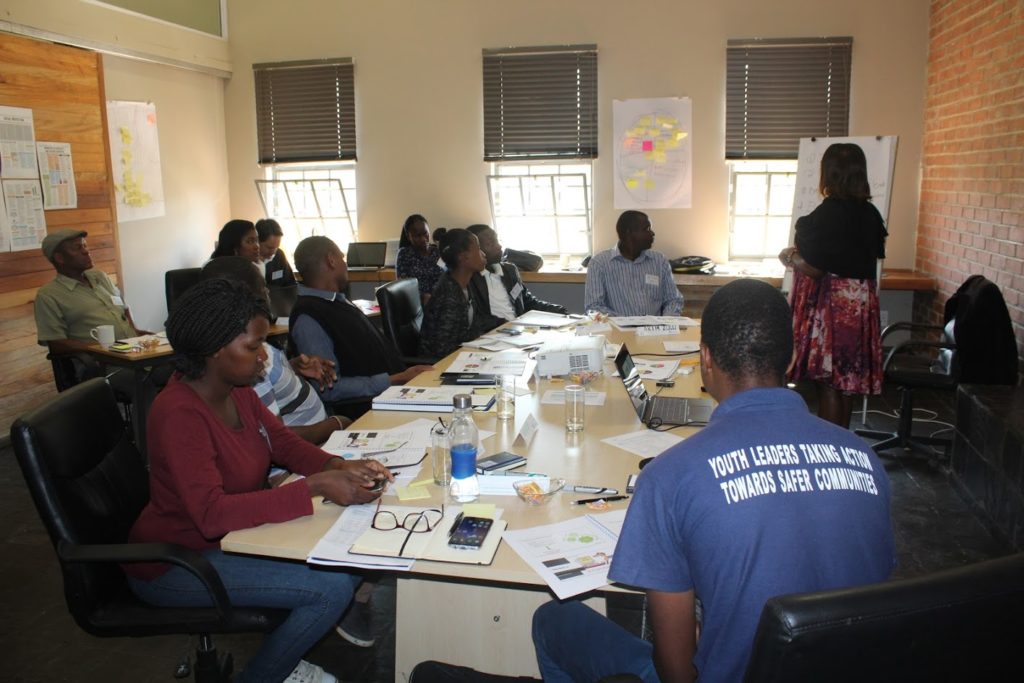 By Wybrand Ganzevoort of Collective Value Creation and Gail Styger of The Wot If? Trust

In October 2018, Collective Value Creation (CVC), an organization that trains and coaches businesses, teamed with CIPE to train South African non-profit organizations on how to reduce corruption risks.

Over the past ten years, South Africa’s rank on Transparency International’s Corruption Perception Index has deteriorated from 51 to 78. During this time, a number of corruption scandals dominated public discourse, underscoring how corruption is a growing challenge in South Africa. In this environment, CVC and CIPE have often worked with small and medium-sized enterprises (SMEs) to help them reduce their corruption-related risks. What made October’s training different was that it focused on non-profits, an often-overlooked group when it comes to corruption risks. Through the training CVC and CIPE learned five key lessons about the corruption challenges faced by such groups in South Africa.

Non-profits are perceived to be in the business of doing good and are, as a result, thought to be beyond reproach. Controls, systems and standardized processes that would be considered mandatory in a for-profit organization are often weaker or non-existent in South African non-profits, especially smaller ones. The overall lack of bandwidth of many non-profits adds to the challenge of instituting and maintaining controls.

Non-profits are mission-driven. This can lead to two kinds of blind spots when it comes to corruption. First, employees are often assumed to want to do social good and thus less likely to be corrupt or to commit fraud. Those assumptions can lead to organizations to discount the possibility that an employee might seek to exploit the organization.

Second, because non-profits are mission driven, they may, at times, prioritize their mission over ethical standards. For example, an education non-profit may believe it can best advance its mission by bribing a school administrator to improve the provision of education services. Non-profits may also be incentivized to exaggerate the impact of their programs in their reports in order to attract donor money.

3. Founders are not always equipped to be executive managers:

Founders of small non-profits often have to take responsibility for many different roles that would be split among more people at larger organizations and firms. Sometimes founders have less experience in organizational management, governance, and accounting. For example, CVC has come across cases where non-profits and their founder share the same bank account. If donors do not demand that non-profits have strong accounting processes, the line between the founder’s needs and the beneficiary’s’ needs may blur.

4. Lack of understanding of corruption is common:

Corruption is conceptually complicated and not always easily understood. As corruption is an ethics-based concept it does not always translate perfectly in communities with different understandings of ethics. Translating the actual lexicon of corruption into different languages, both literal and cultural, can also make it harder to understand, especially when the right words simply do not exist in the second language. Organizations have to find ways to clearly define and communicate policies on corruption in ways that make sense to their employees.

Donors typically want their funds to go to activities that have a direct impact on the beneficiary and are less willing to pay for new, large operational costs. Starting a compliance program or instituting proper accounting processes can have relatively high upfront costs. This challenge is particularly acute for smaller non-profits. Without policies and procedures and systems and processes, a small non-profit cannot begin to address potential areas of risk.

Gail Styger is the Founder and a Trustee of The Wot-if? Trust.  The Wot-if? Trust is an organisation focusing on social upliftment and access to economic opportunities for small township businesses and non-profits seeking to make an impact in South Africa.