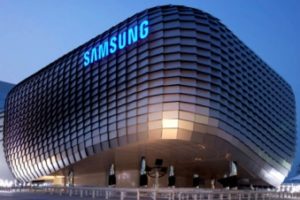 On February 5, Samsung’s Jae-yong Lee, vice-chairman and the heir to Samsung, was released on probation by an appellate court, avoiding a five-year prison sentence handed down from a previous ruling. The court could not find any “evidence of typical government-business corruption”, but instead ruled that Samsung was a political victim of former President Park Geun-hye, who coerced Samsung to support horse-riding lessons for Yoo-ra Jung, the daughter of Park’s closest confidant, Soon-sil Choi.

The court has admitted that 3.6 billion was paid (US$3.3 million) in bribes – far short of the 43.3 billion (US$39.4 million) alleged in the indictment. It’s not hard to imagine that if any other company in Korea gave or received a bribe of similar size, someone would certainly be sent to prison. Unsurprisingly, the “free pass” given to Lee and Samsung demonstrates the cozy relationship the conglomerate has with the government and its ability to ride out a scandal that brought down a president. The court did not even find Lee guilty of any wrongdoing on his own, suggesting that Lee was just a helpless casualty of the Soon-sil Choi Scandal.

According to a source from the special prosecutor unit for this case, the judge accepted most of Samsung’s appeal statement. A prosecutor from within the special unit even criticized the judge for simply accepting Samsung’s statement of innocence, without further looking into the matter. This did not surprise most Koreans, as business-government collusion in Korea is a deeply rooted issue going back as far as Korea’s independence in 1945. Koreans have rarely seen any member of chaebols receive a sentence longer than a year for whatever financial crimes they have committed.

Yang is a politically controversial figure in Korea as he has been viewed as overly generous towards large conglomerates and exceptionally harsh towards the labor unions and left-wing politicians. He appointed Hyung-sik Jung as a Hon. Judge of the 13th division, unsurprisingly Lee’s case was put in Jung’s division. This was Yang’s last act before he retired in September 2017. Perhaps not coincidently, Jung is the cousin of Jin-tae Kim, a National Assembly member from the Liberty Korea Party – the most chaebol-friendly,conservative party in Korea.

Breaking the “friendly” connection between the government and business in Korea will not be an easy task, but Koreans have become empowered from the experience of impeaching their president in 2016. It is a critical moment for Korean society, as they are much more aware of and willing to fight against government-business collusion and corruption generally than ever before. Over 220,000 people signed a petition within the first six days it was open, calling for a special audit for Hon. Judge Hyung-sik Jung, who released Lee despite his likely guilt. The Korean government is expected to answer this petition within the coming months.

Will Lee and Samsung get away with these corrupt acts? There is one last chance for the special prosecutor unit to correct the course by appealing the case to the Supreme Court. It would be an important rebuke of corruption by the judiciary and an opportunity for Korean society to continue its fight against misuse of trusted office. The result, hopefully within the current year, could set a new precedent for integrity and an end to graft.

Hyunjae Lee is an ASAN fellow at CIPE