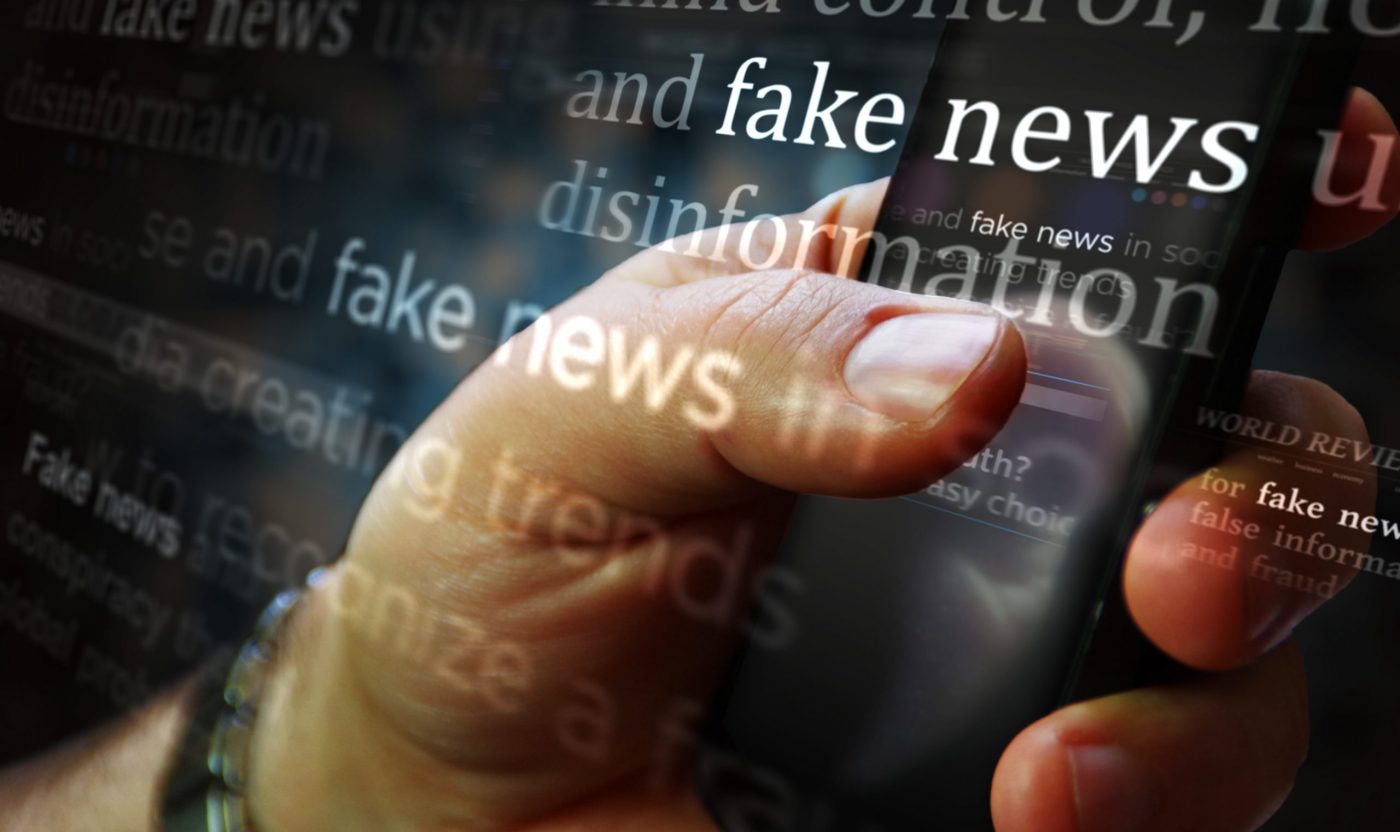 Russia’s invasion of Ukraine has highlighted the threat of pro-Russian disinformation in media markets throughout Europe and Eurasia. Some Western Balkan countries like Montenegro have responded to this danger by banning Russian media outlets outright. But these kinds of policies will not be effective without greater media ownership transparency.

Media ownership transparency would expose the influence of Russia and other actors infiltrating Western Balkan media markets with opaque corporate dealings. The war in Ukraine poses a critical opportunity to implement stronger Beneficial Ownership Transparency (BOT) laws in these countries and empower ethical private sector actors committed to stamping out disinformation and corruption.

As early as 2012, Russian media outlets began producing local language content in the Western Balkans. Taking advantage of Russia-aligned leadership in Serbia and the country’s lack of ownership transparency laws, Kremlin-backed media companies quickly made Belgrade a central hub to grow their regional presence. Controlling local media via speculative business contracts has been a key strategy for current Serbian President Aleksandar Vučić, who has used this as a means of state capture since taking power in 2017. Telekom Srbija, a Serbian state-owned telecom company, has leveraged deals with Vučić’s closest corporate affiliates to purchase private media outlets and make his narrative the dominant one. When it comes to Ukraine, that narrative has been mainly pro-Russia.

Additionally, pro-Russian media platforms in Serbia have enabled the spread of Moscow-friendly narratives in neighboring countries. This is especially worrisome in Montenegro, a country divided on Russia. At the end of 2021, Serbian media groups capitalized on an unexpected change in government by buying up media outlets along the Montenegrin coast, a long-time haven for Russian businessmen. As ownership of these outlets changed, messaging on both Russia and the West shifted dramatically. Similar media takeovers have occurred in Kosovo and parts of Bosnia and Herzegovina. As a result, many countries have introduced sanctions against governments allowing this behavior.

“Leaders in the Western Balkans are not the victims of disinformation campaigns,” says Ivana Stradner, an expert on Russian information operations. “They are enablers, as they allow Russian propaganda to operate not only on local media, but also on Russian state media such as Sputnik or RT. Sanctions are not a panacea for countering disinformation, but they are a step in the right direction.”

The lack of media ownership transparency is also a source of profit for clickbait farms and troll factories. In Bosnia and Herzegovina, bogus websites and “shell outlets” spewing Russian-generated misinformation are more prevalent than “real” journalism promoting political propaganda, according to the Center for Media, Data & Society. Taking these sites down has proven difficult because their owners are unknown and cannot be blocked from future ventures. Beyond mis and disinformation, allowing these sites to run wild creates major vulnerabilities for corruption.

Beneficial ownership transparency (BOT) laws can provide a remedy for the opaque ownership structures that allow for foreign malign influence and corruption, corrode Western Balkan media markets, and propagate pro-Russian disinformation. Anti-corruption standards like those being pushed by the European Union can help regulators and citizens untangle quality media from subversive propaganda.

As part of a larger campaign against financial crime, the EU now requires current and prospective members to establish beneficial ownership registries – databases that store ownership information for media, businesses, NGOs, and other qualifying entities. At their most basic, beneficial ownership registries allow investigators to see who owns what. These registries not only expose ill-intentioned media owners; they also unmask corporate ownership networks that media owners, politicians, and oligarchs exploit to evade sanctions and undermine media integrity.

Following the Paradise and Panama Papers scandals, the EU approved the 5th Anti-Money Laundering Directive in 2018, which mandates that these registries be publicly accessible. The legislation spurred a wider movement to establish beneficial ownership registries throughout Europe. Today, every country in the Western Balkans besides Bosnia and Herzegovina and Kosovo has a registry.

Especially in heavily captured media markets like Serbia, regional and inter-country commitments to beneficial ownership transparency are essential. Beneficial ownership regulations on that scale can limit avenues for state and non-state actors to spread disinformation outside their home countries. They can also open more doors for struggling independent media to fundraise from trusted companies throughout the region.

Public registries can identify sites like those in Bosnia and Herzegovina that amplify Russian misinformation. Armed with this data, ethical advertising and marketing professionals can redirect revenue streams to quality media, strengthening their brands while contributing to a more ethical media market. Beneficial ownership transparency is the first step in identifying and connecting businesses and media that are concerned about disinformation and corruption and want to do something about it.

States implementing beneficial ownership transparency will have to be disciplined. Half-baked BOT laws can result in loopholes that undermine the entire effort. A recent directive by the Croatian Ministry of Finance, for example, holds that entities do not have to register owners without managerial power, even if they are substantial shareholders. These kinds of loopholes allow non-managerial funders – including Kremlin affiliates – to keep their names off the books. Click here to enter text. Croatian legislation has also barred some citizens from using beneficial ownership registries by restricting online portal access to those that undergo lengthy, expensive, and opaque verification processes. Click here to enter text. Meanwhile, poor coordination among the numerous implementing agencies in Croatia has resulted in documented cases of concealed ownership going ignored.

For lower capacity states like nearby North Macedonia, the question of who will verify the accuracy of registry data – a resource-intensive task – has made it difficult to get the initiative off the ground. The longer it takes to make registries accessible, the longer kleptocrats have to hide ownership networks from public view.

Finally, many businesses and media groups are poorly incentivized to comply with beneficial ownership legislation. In Albania, only one-third of Albanian companies and less than half of local NGOs have registered their owners, prompting the government to extend its prior deadline to June. Regional journalists with ties abroad fear that registering will make them the object of smear campaigns by far-right actors. Neither sees the benefit of compliance.

Stronger BOT legislation would mitigate the loopholes that governments, business, and media are finding to avoid registering their owners. But putting strong BOT laws on the books is not enough. Promoting compliance with these and other anti-corruption standards is key to empowering networks of business and media – and especially advertisers – who are committed to beneficial ownership transparency and other anti-corruption standards. Building these networks can strengthen business and media integrity, insulate regional media markets from disinformation, and shut off avenues for corrupting forces in and across these countries.

The security risks posed by nefarious ownership networks are exponentially greater than they were three months ago, before Russia’s reinvasion of Ukraine. In the Western Balkans, state action has not gone far enough. Working together, ethical businesses and media, advertising and marketing brands, and local and international regulators can reshape media business environments to defund disinformation and finance more responsible sources of information.

Alexandra Karppi is a Program Associate for the Western Balkans at CIPE’s Europe & Eurasia Department. She is a specialist in Southeastern European affairs with an MA in Regional Studies – Russia, Eurasia, & Eastern Europe from Columbia University.

Ben Schmidt is an Associate Program Officer with the Anti-Corruption & Governance Center at the Center for International Private Enterprise. He has a Master’s Degree in Political Economy and Development.