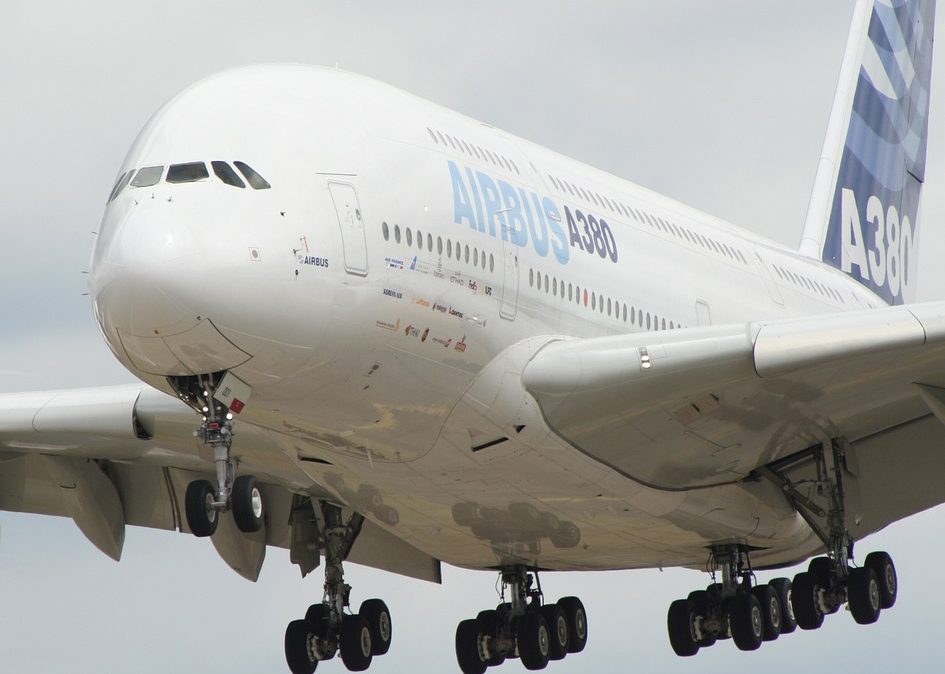 In 2019, international corporations were fined more for breaking bribery laws than ever before. The milestone year saw the largest-ever collection of fines for violations of the U.S. Federal Corrupt Practices Act (FCPA), at $2.65 billion. 2019 also featured the largest-ever corporate settlement:  a combined $1.06 billion agreement by Ericsson, a Swedish telecommunications firm.

In addition to Ericsson, 13 other companies agreed to large penalties in 2019, including Microsoft, Walmart, and Deutsche Bank. That number matches recent trends: since 2007, the U.S. Securities and Exchange Commission (SEC) and the Department of Justice (DOJ) — the two federal agencies tasked with enforcing FCPA rules against bribery and transparency failures — have prosecuted about 15 companies per year. 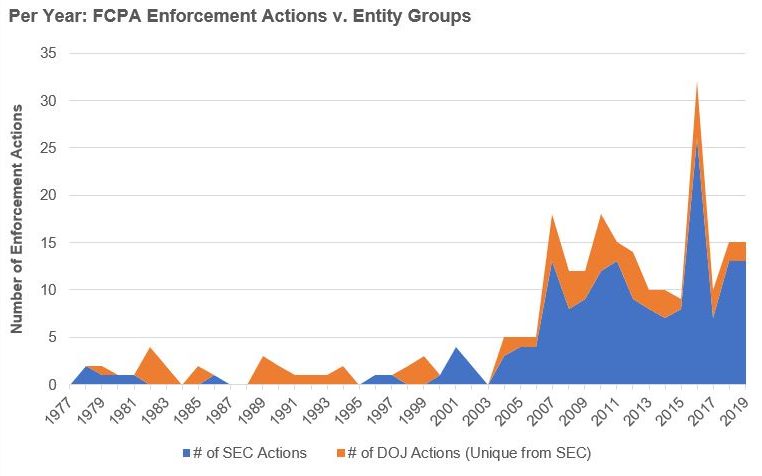 In light of the FCPA’s new heights, it is worth taking a look at how we got here. First, it should be noted that international anti-bribery law is still in its infancy in 2020. While high profile foreign corrupt practice laws have been passed in large democratic countries during the past decade, most notably in Germany, France, and the United Kingdom, the vast majority of anti-bribery enforcement during the past two decades has been US-led.

Look back 50 years, however, and international anti-corruption laws did not exist at all. When the FCPA was passed by the U.S. Congress in 1977, the operations of American (and non-American) multinationals on foreign soil proceeded with essentially zero regulatory oversight. Then came revelations that dozens of US firms had made hundreds of business-connected payments to foreign governments, officials, and parties totaling in hundreds of millions of dollars. In response, Congress passed the FCPA, the first law in the world to prohibit companies from using bribes to “grease the wheels” of foreign business operations.

However, despite making it to the statute book, enforcement of the FCPA was negligible for decades. As two researchers note in a recent article, “the FCPA was virtually unenforced during the first twenty years of its existence”. The SEC and DOJ report just 46 cases between 1977 and 2001, or less than two cases per year. The law’s weak enforcement was due in part to fears shared by some US government leaders that strict enforcement of the law would discourage exports. This was evidenced again in 1988, when an amendment weakened the law further by reducing violations to cases of “conscious disregard” and adding a new exception for certain facilitation payments.

Sentiments started to shift in the late 1990s. After the US signed the OECD Anti-Bribery Convention in 1997, the FCPA was amended a second time to strengthen its jurisdiction over domestic companies and citizens and to widen its scope to certain foreign companies and individuals. The SEC and the DOJ began prioritizing the law’s enforcement and greatly increased resources dedicated to investigations.

The impact of these changes arrived dramatically in 2008 when the SEC and DOJ settled what was then the largest FCPA enforcement action of all time against European manufacturing giant Siemens AG. After pleading guilty to making over 4,000 payments — totaling $1.4 billion overall — over six years to foreign officials in various countries, the firm agreed to pay an unprecedented corruption penalty of more than $800 million.

A huge outlier in 2008, the Siemens settlement was a harbinger of what was to come. “Civil and criminal penalties for FCPA violations continue to grow,” warns the website of Venable LLP, a large US law firm that specializes in regulatory affairs. Recent data confirm the point: four of the five highest-yield years for FCPA settlements have occurred since 2013. 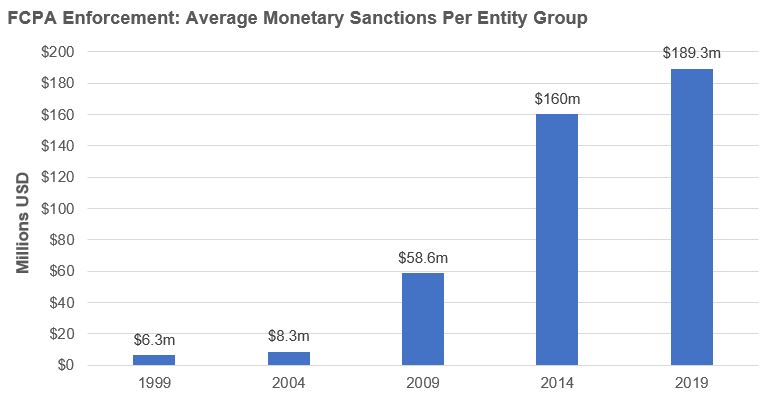 Time to FCPA Up

How have businesses responded to the swift rise in FCPA enforcement during the past 15 years? The change has stirred a lively debate among scholars and business leaders. Some legal scholars criticize the wording of the FCPA for being too vague on what constitutes “bribery” and argue that ambiguous enforcement lines give too much latitude to enforcement agencies.

However, there is little evidence to support fears of excessive enforcement. In the past five years, voluntary disclosures have led to twice as many settlements as investigations led by enforcement agencies. Furthermore, recent data show enforcement agencies have litigated against domestic and foreign companies in roughly equal measure, weakening arguments that FCPA enforcement disadvantages US companies.

On the other hand, the FCPA’s fuzziness about which informal payments count as bribery has cost businesses by requiring them to overly beef up internal compliance and due diligence processes. That is probably not a bad thing. Stronger internal compliance mechanisms can benefit companies by improving quality control, increasing efficiency, and reducing the uncertainty that comes with tolerating foreign bribery requirements. Furthermore, a surge in overall private investment in emerging markets during the past 20 years has continued despite larger and more frequent anti-bribery enforcement actions.

Instead of stemming the flow of capital, FCPA enforcement seems to be influencing its direction. A recent paper shows that FCPA prosecutions have tended to lower US capital investments in countries targeted by enforcement actions. At the same time, countries known to have higher quality (i.e. less corrupt) economic institutions have tended to receive greater levels of fixed foreign investment. Thus, while hurting countries that host corporate bribery, FCPA actions have—at least indirectly—increased rewards to countries that crack down on corruption.

Summarizing the law’s impact, the authors of a 2018 paper on the FCPA conclude that there are “several reasons why the adverse effects of FCPA enforcement…may be considerably smaller than some FCPA critics suggest,” and add that “significant numbers of U.S. firms may actually benefit from enforcement.”

Looking ahead, January’s announcement of Airbus’ stunning $3.9 billion bribery settlement has single-handedly put 2020 on pace for another record year. The announcement does not just raise the bar for settlement amounts—it shows that anti-bribery enforcement is going global. The world’s second-largest aerospace company made settlements to three national enforcement agencies: $527 million in fines to the U.S. Department of Justice, $1.09 billion in fines to the UK’s Serious Fraud Office, and $2.29 billion in fines to France’s Parquet National Financier. Make no mistake, corruption is now costlier than ever.