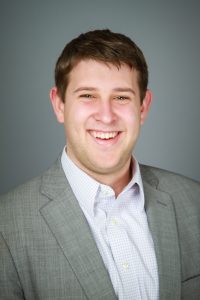 In August 2014, I stood in a sunlit atrium of the National Academy of Sciences, the host of the Civil Society Forum of the first U.S.-Africa Leaders’ Summit. Surrounded by participants hustling between workshops, I began contemplating broad questions that would lead me along unexpected paths to where I sit today. Two in particular has stayed with me:

What is the impact of the ideas we are spreading today? How can practitioners first understand, and then improve, the influence of their spread of ideas on tangible political reforms?

As an intern during that 2014 summer for the U.S. State Department’s Senior Advisor for Civil Society and Emerging Democracy, I spent my months coordinating this forum, including a town hall with African Heads of State and breakout sessions on topics such as open government. The event was just one of numerous engagements that institutions organize every year to impact how societies govern themselves. Still, it galvanized my mission to better understand the influence of ideas and norms on governance reform and, more importantly, to learn how to leverage it for good.

Two years later, I joined the Department as an Anti-Corruption Advisor in the Bureau of International Narcotics and Law Enforcement Affairs (INL). In this role, I supported multilateral policy-making and foreign assistance that sought to advance international anti-corruption standards. Our team promoted U.S. policy positions on issues such as bribery and conflict of interest in international fora, including the G20, United Nations, and the Council of Europe’s Group of States against Corruption.

This engagement often involved the provision of guidance to governments on specific legal and policy reforms. We also helped build the capacity of partner governments to implement agreed-upon standards. Across these areas, I worked with colleagues to improve our data collection, monitoring, and evaluation.

But again, I struggled – as I believe many practitioners do – to answer my questions: what is the influence of these engagements that promote anti-corruption norms and how can we improve our results? With specific research questions emerging, and I decided to pursue a Master of Science degree to begin answering them. Over the last year, I completed a MSc in International Politics at Trinity College Dublin as a George J. Mitchell Scholar.

After honing my competency with research methodology, I completed a dissertation exploring the role of technical guidance facilitated by international organizations (IOs) on one area of anti-corruption reform: public officials’ financial disclosure laws. Using a statistical regression model with data on 80 countries from 1996 to 2012, I did not find evidence that recommendations via IO peer evaluations have a systematic effect on country’s reform to financial disclosure laws within three years.

While the study did not establish that technical guidance is influential on average, it offered a framework to test the conditions under which recommendations might lead to change. Unfortunately, I encountered gaps in data measuring the domestic and transnational conditions that governments face, such as political scandals, civil society advocacy, and government’s “political will.” Gathering more data on these granular political phenomena might make analysis of specific actions possible and helpful.

The questions I contemplated as a young student are life-long pursuits with many challenges. Still, they are questions that practitioners are approaching vigorously in an effort to harness information for good. The achievement of this goal will require an investment in data analysis, collaboration between academics and practitioners, and most importantly, humility and patience. I believe that research can improve with time, repetition, and new technologies – but only if we remain committed and aware of our limitations.

Schuyler Miller is an anti-corruption researcher and good governance advocate. He previously worked as a Project Assistant with the National Endowment for Democracy and as a federal contractor with the U.S. Department of State’s Bureau for International Narcotics and Law Enforcement Affairs. He recently completed a Master of Science in International Politics at Trinity College Dublin as a George J. Mitchell Scholar. Please contact CIPE with any inquiries related to this research.