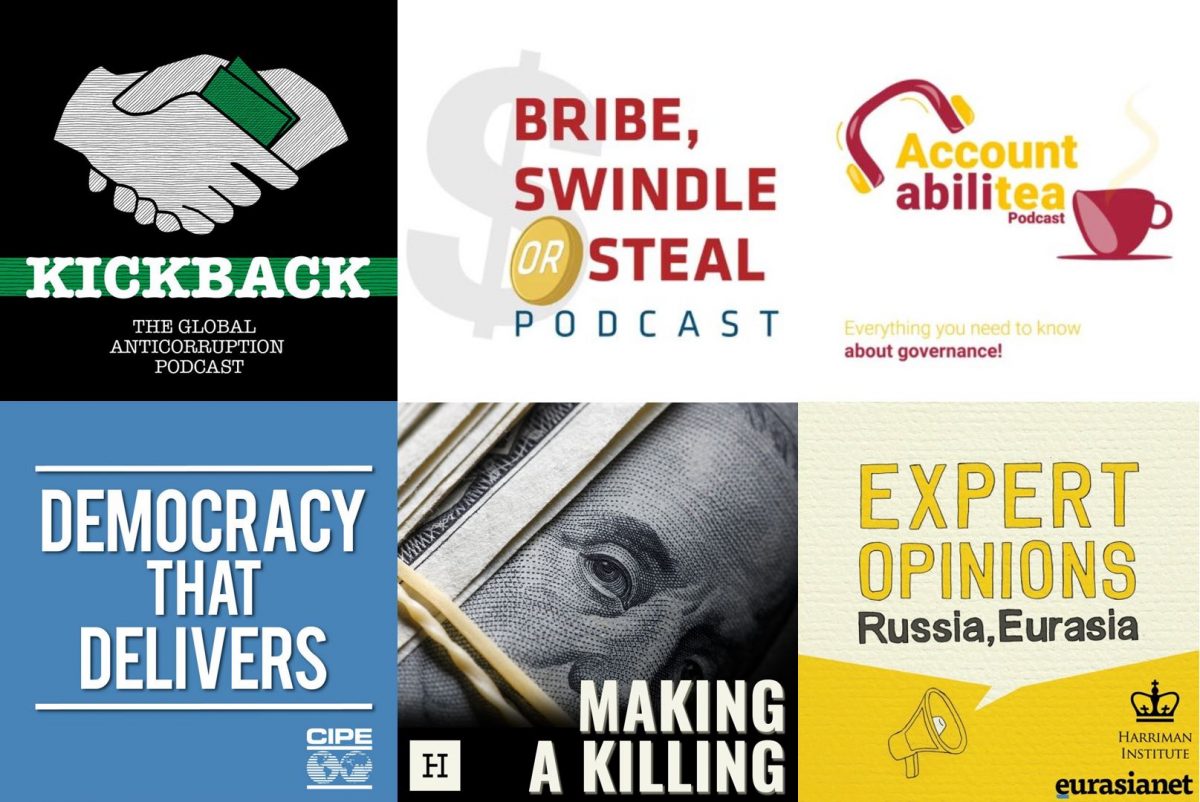 The Center for International Private Enterprise (CIPE) held its first-ever Anti-Corruption Podcast Awards Ceremony on January 27, 2022. Moderated by CIPE board member and Transparency International Co-Founder Michael Hershman, the event featured two top awards to podcasts voted on and nominated by anti-corruption professionals and enthusiasts around the world.

The winners were decided after hundreds of votes were received from members of the anti-corruption community in late 2021. In addition to the top program award, CIPE gathered nominations of favorite episodes and submitted a shortlist of voter favorites to a panel of anti-corruption experts. CIPE was pleased to work with distinguished anti-corruption experts Delia Ferreira Rubio, Chair of Transparency International, Natalia Soebagjo, Former Chair of the Executive Board at TI Indonesia, and Louise Shelley, Director of the Terrorism, Transnational Crime and Corruption Center (TraCCC) and Professor at George Mason University. Each judge personally reviewed and rated each episode, and overall rankings were used to determine the Podcast of the Year.

In addition to recognizing the winners, the competition commemorated the expanding role of podcasts in the anti-corruption space. Several hosts of anti-corruption podcasts were in attendance at the ceremony and gave short introductions to their podcasts at the start of the event. In addition to the winners, these included Accountabil-TEA’s Kibo Ngowi; Bribe, Swindle, or Steal’s Alexandra Wrage; and Nils Köbis and Chris Starke from KickBack. After the unveiling of the winners, Dr. Louise Shelley recognized two other podcast episodes whose excellence in content and human storytelling impressed the judges: the Expert Opinions episode Researching Kleptocracy in Eurasia and Bribe, Swindle or Steal’s Profiting From Human Rights Atrocities in Syrian Prisons.

Though absent from consideration to avoid a conflict of interest, CIPE also hosts its own anti-corruption podcast through its Democracy that Delivers platform. As an institution committed to supporting democracy, responsible business, and good governance, CIPE applauds the work of podcast creators in the anti-corruption space and celebrates their ability to bring anti-corruption work to a wider audience. See you at the contest next year!