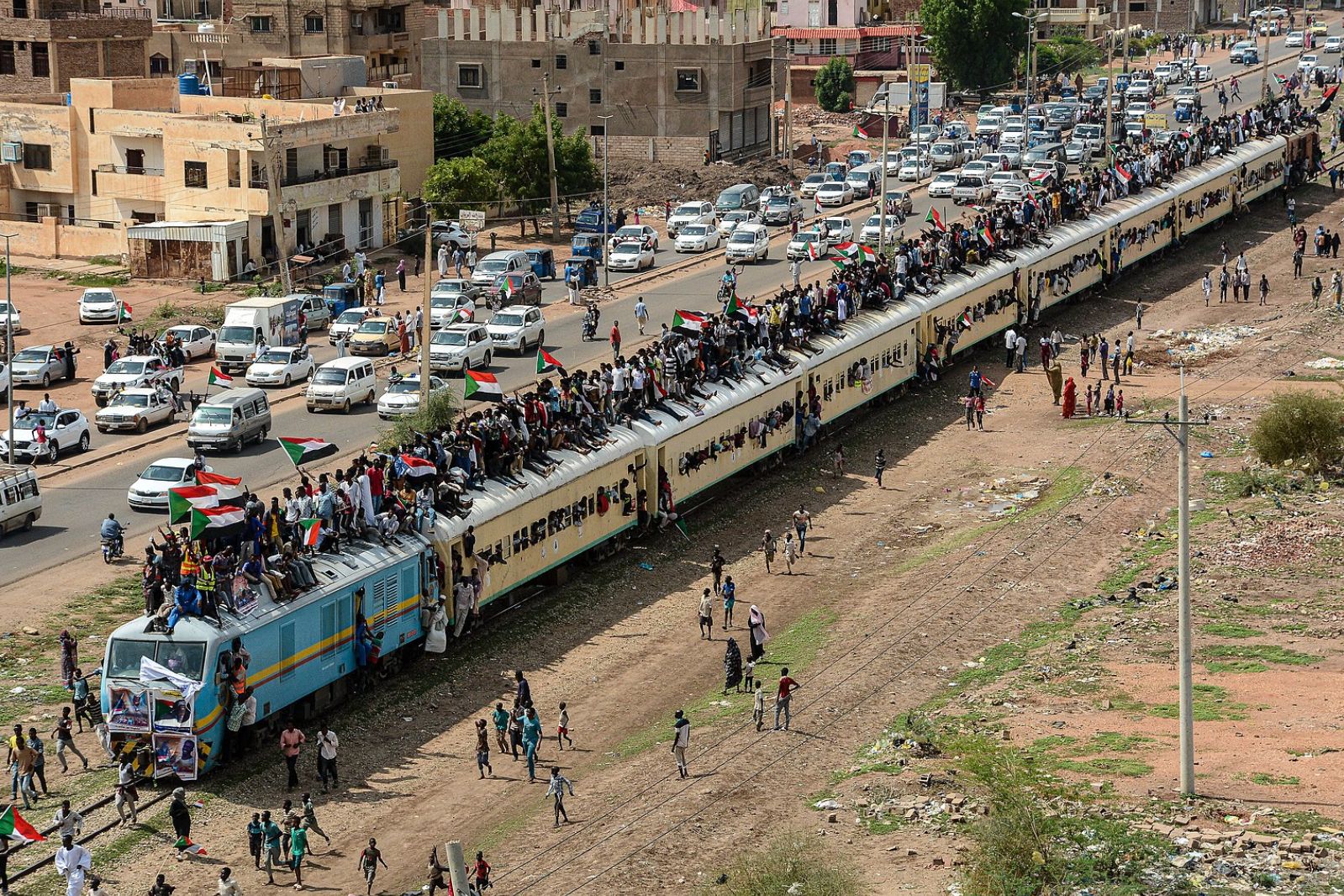 Part I: The December Revolution

Sudan’s third revolution began suddenly in December 2018 after nearly thirty years of oppressive rule under President Omar Al-Bashir. Peaceful demonstrations sparked by price hikes on essential goods like bread and fuel led thousands of protestors to take to the streets. Beginning in the northern town of Atbara, the protests quickly spread to the capital of Khartoum and included many citizens fed up with widespread corruption. The protests continued for months despite brutal retaliation from authorities.

Demonstrations reached a breaking point in April 2019 when tens of thousands of people occupied the streets surrounding the headquarters of the Sudanese army in Khartoum. After just five days, Sudan’s top military leaders forced President Al-Bashir to step down and began setting up a transitional military council.

The council began months of negotiations with the Forces of Freedom and Change, the most influential organization on the side of the peaceful protestors. This conglomeration of political parties and civil society organizations was led by the Sudanese Professionals Association, a civil society group whose coordinated use of social media was instrumental to organizing protestors.

On June 3rd, negotiations were interrupted by a brutal massacre. Armed forces of the Sudanese Transitional Military Council, led by the Rapid Support Forces (RSF), opened fire on demonstrators. Incidents of protestors being shot, stabbed, and crushed by military trucks were recorded. Some of the bodies were tied to concrete blocks and thrown into the Nile River. Overall, more than 100 people were killed and hundreds more were wounded. The massacre was live-streamed on Facebook, and the spread of the appalling images prompted a turning point in the revolution.

After the massacre, the Forces of Freedom and Change and the Transitional Military Council signed a power-sharing deal. A new civilian government was formed, led by current Prime Minister Abdalla Hamdok and a sovereign council with seats divided equally between civilian and military leaders. The government committed to staying in power for a transitional period of 39 months, with the aim of reforming the country and facilitating democratic elections for a peaceful transition of power. 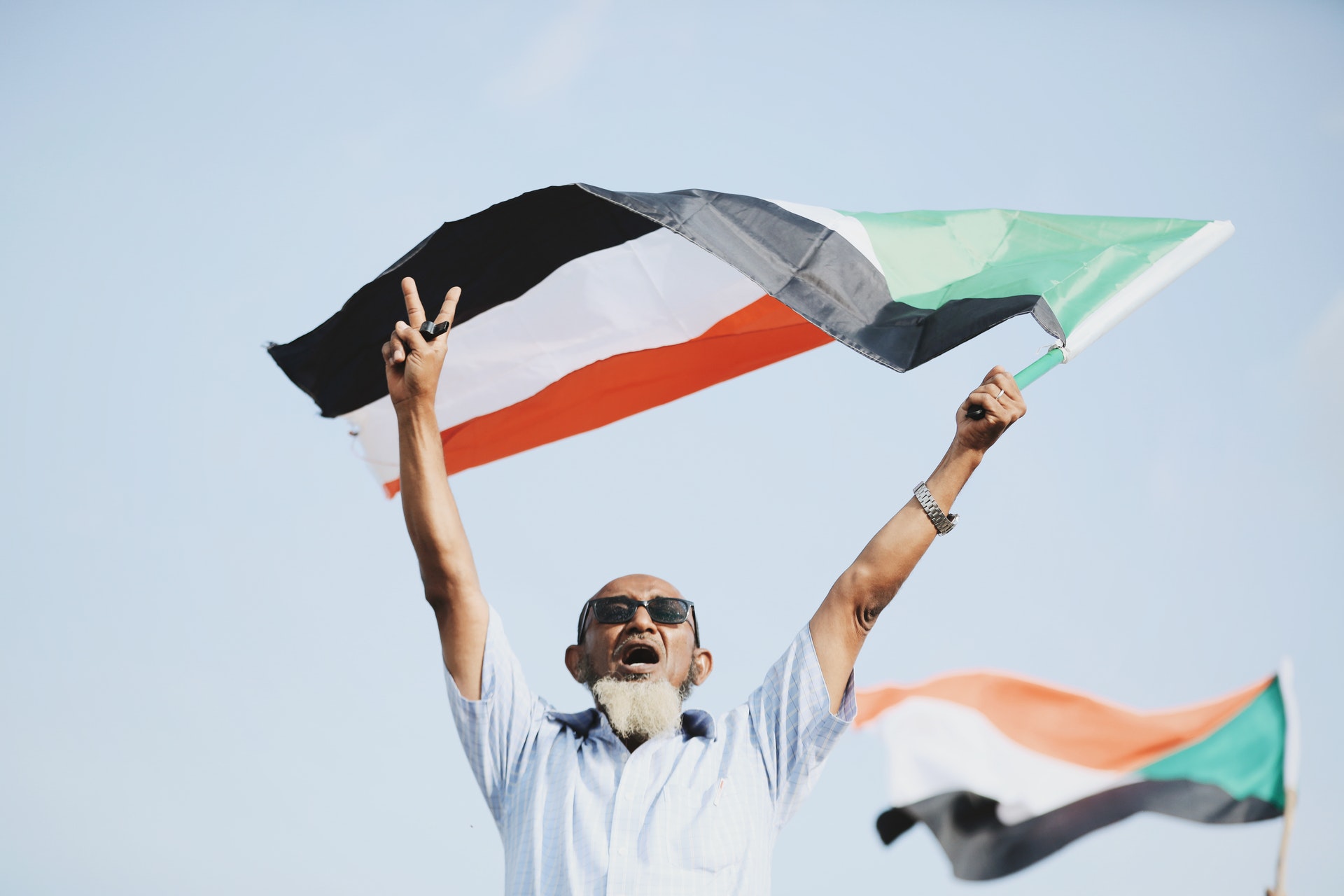 Today, Sudan sits at the bottom of most international integrity rankings. On Transparency International’s 2019 Corruption Perceptions Index, Sudan is considered one of the ten most corrupt countries in the world. Some of the worst perpetrators are Sudan’s own government officials.

Despite formal laws that criminalize bribery and require public officials to disclose their wealth, Sudan’s ruling elites have regularly exploited weaknesses in the system to enrich themselves and target opponents. Meanwhile, unemployment and inflation rates have skyrocketed and the country has languished in international isolation.

Philipp Jahn, Representative of Sudan at Friedrich-Ebert-Stiftung, a democracy promotion organization, maintains that Sudan needs sustained anti-corruption initiatives to ensure more “efficient and effective administration” of services. Indeed, administrative reforms that lower distribution costs of essential supplies will help alleviate one of the major causes of unrest that threatens stability in Sudan.

Before the revolution, Sudan’s government only made superficial efforts to fight corruption. In 2016, a formal anti-corruption law was approved and former President Al-Bashir established an anti-corruption commission. However, it soon became clear that the main motive behind these measures was burnishing Al-Bashir’s image before the international community.

Al-Bashir’s commission failed to make any significant changes and did not present a single criminal case for prosecution. These “reforms” underscore the lesson that tackling corruption in Sudan requires far more than a new law or commission. Rather, lasting change requires active enforcement mechanisms and substantial political will.

According to Salah Manaa, a spokesperson for the Committee, “initial estimates of the value of the assets, shares in different companies, and buildings…confiscated is $3.5 billion to $4 billion.” State-level branches of the commission have also been established across Sudan to combat corruption in local government.

Despite significant political will and societal support for reducing corruption, Sudan faces an uphill battle. Kinda Hattar, MENA Regional Advisor at Transparency International, observed that while the recent revolution “changed faces” in the administration, it has not yet succeeded in changing the “systems that allow the corrupt to come back.”

Dismantling corruption in Sudan will require a 360-degree approach, including reforming the legal code, the justice system, and other institutions that have been exploited by corrupt actors for decades. At the same time, Sudan’s civic space must be strengthened to allow citizens to hold the government accountable without fear of retribution. 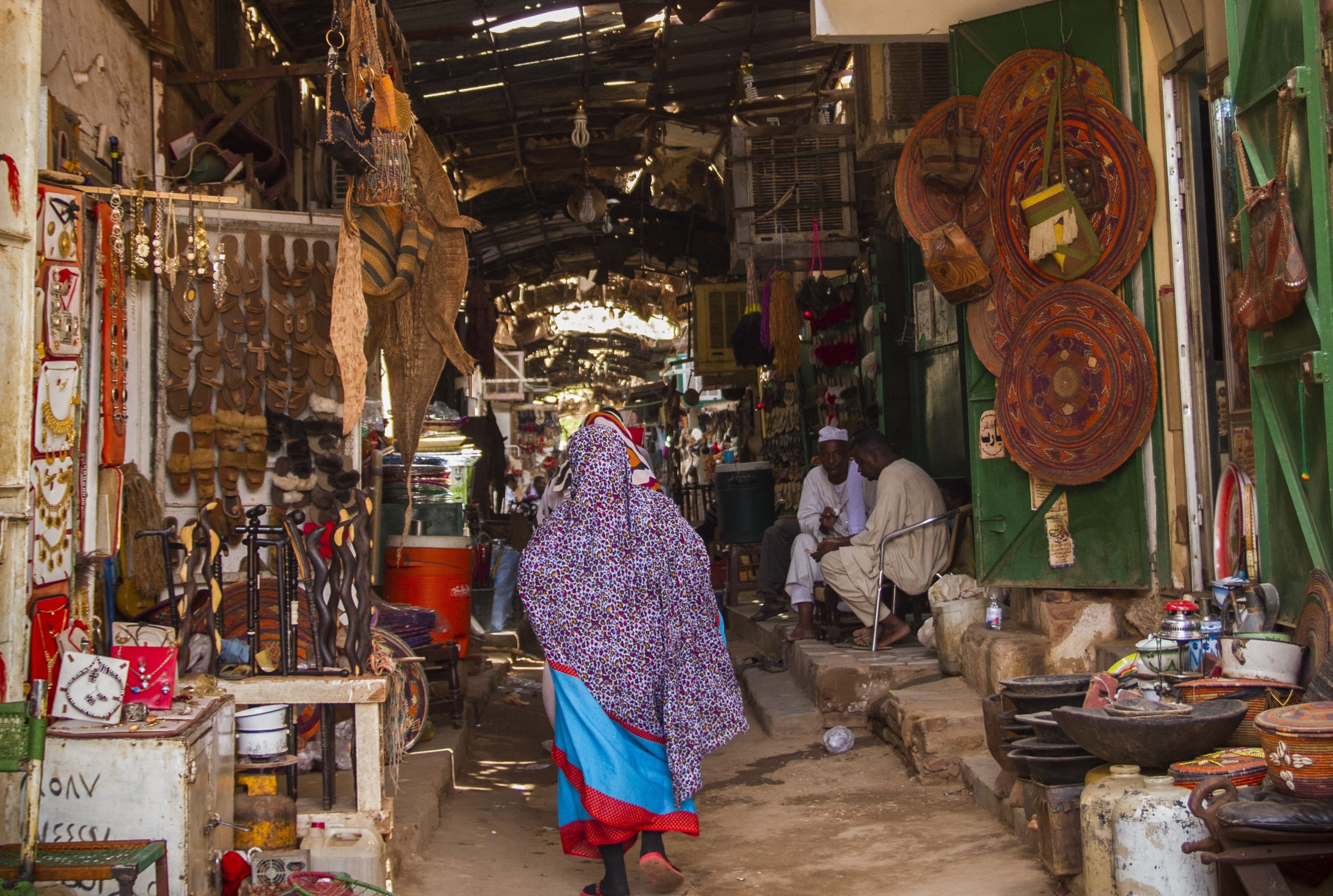 Part III: CIPE and the Road Ahead

Despite significant obstacles posed by the Al-Bashir regime, the Center for International Private Enterprise (CIPE) has sought ways to promote democracy and combat corruption in Sudan for over a decade. Much of this work has focused on strengthening Sudanese civil society partners and private businesses through compliance training.

CIPE’s network in Sudan has allowed it to swiftly begin efforts to strengthen democracy and integrity in the country since the revolution. In 2020, CIPE created the Sudan Anti-Corruption Resource Center (SARC). The Center’s mission is to serve as an anti-corruption hub that brings together journalists, academics, business groups, and non-profit organizations as well as provide training and technical support to local civil society groups.

On June 5th, SARC’s virtual launch event was streamed on Facebook in Arabic to over 1,000 live audience members and has been viewed over 68,000 times. CIPE hosted a follow-up webinar in late June featuring Sudan’s Minister of Justice, the US Ambassador to Sudan, and a panel of civil society and anti-corruption experts that was also live-streamed and received over 4,500 views.

The launch of SARC demonstrates CIPE’s commitment to combating corruption and strengthening civil society in Sudan. In the next year, CIPE’s Africa team will continue to help SARC grow its staff and expand its integrity resource library. Additionally, in late October CIPE will be launching a Sudan-focused webinar series on topics ranging from international trade to women’s economic empowerment. CIPE Sudan Representative Shaza Elmhadi, who recently moved back home to Khartoum, will continue to lead Sudanese initiatives from the ground.

CIPE is dedicated to help Sudan pivot from its recent revolution to an ethical and democratic future and invites its partners and allies to do the same.