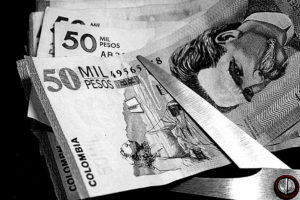 By Victoria Tellechea-Rotta, a Program Assistant with CIPE’s Latin America and the Caribbean team.

Across Latin America in the past few years, governments, politicians, and businesses have been implicated in corruption scandals. These scandals range from local to multinational, from kickbacks to embezzlement and fraud. Corruption and how to best mitigate it, became a central issue in the wave of executive and legislative elections in Latin America in 2018. Colombia’s recent presidential elections were no exception. Colombia ranks 96th (out of 180) in transparency in Transparency International’s Corruption Perception Index, and scores a 37 (out of 100) in their perceived level of public corruption. On the campaign trail, candidates touted their proposals to eradicate corruption. The eventual winner of the election, President Ivan Duque, ran on a platform of campaign finance reform and budget transparency.

Despite his campaign promises, Duque’s credibility when it comes to combating corruption in Colombia, which recently experienced one of the bloodiest civil wars in Latin America, has been put into question. In late July, Alvaro Uribe, Colombia’s former president and Duque’s rumored mentor, resigned from the Senate after investigations indicated he may have participated in bribery schemes. Earlier in May, Colombia’s chief anti-corruption prosecutor, Luis Gustavo Morena Rivera, was extradited to the United States to face charges of conspiracy to launder money with the intent to promote foreign bribery. These scandals put Duque in a tricky position.

Colombia has engaged in several efforts to combat corruption. The country is currently engaged in an accession process to become a member of the Organisation for Economic Co-operation and Development’s (OECD). As part of its OECD accession process, Colombia has attempted to close major legal loopholes to reduce foreign bribery. In 2015, the OECD identified deficiencies in the “investigation and adjudication of foreign bribery cases” and provided a series of recommendations for the country to detect bribery and corruption in both national companies and foreign subsidiaries. As a result, in 2016, former President Juan Manuel Santos enacted the Transnational Corruption Act (also known as “TCA”), to enforce appropriate penalties for domestic and foreign bribery violations, which are applicable to Colombian companies and subsidiaries of foreign companies operating in Colombia. International actors saw this move as a national commitment to tackle one of the most prominent forms of corruption within Latin America.

Although much effort has gone into cracking down on white-collar corruption, instances of corruption within the political sphere, particularly in the Colombian National Congress, have hit roadblocks. Around a third of Colombians consider most or all government officials to be corrupt, according to Transparency International’s Global Corruption Barometer. A referendum held earlier in August, which asked citizens if they were in favor of seven measures including bans on alternative sentences (such as house arrest) for charges of corruption and most notably, forcing elected officials to publish their tax returns, failed to pass due to a lack of quorum (the measure was 470,000 votes shy of the required 12.1 million).However, nearly 99 percent of the voters agreed with all measures suggested.

Colombia’s efforts to mitigate corruption, adequately punish those involved, and make government processes more transparent, have grown, but a long road lies ahead. As citizens have become more involved in demanding accountability from politicians, corruption continues to grow as a topic of concern. President Duque faces the arduous task of addressing both public and international expectations of Colombia’s fight against corruption. Although Duque has publicly stated he will present a draft law to acknowledge Colombia’s necessary statements, it seems unlikely that Colombia’s Congress will vote for a law that will eliminate perks that have been a legacy in the country’s political operations.