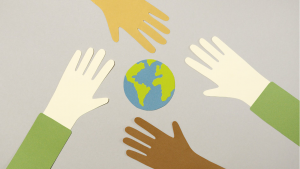 In 2016, CIPE began to address the need for a rapid response anti-corruption program by bringing together experts like Sarah Chayes and Carl Gershman to speak about how traditional anti-corruption responses had failed in Afghanistan and Ukraine. Taking inspiration from the Justice Rapid Response program, CIPE’s approach quickly deploys staff and resources to countries around the world that are experiencing a window of opportunity for significant anti-corruption reform. These deployments, in turn, help governments build the foundation for sustainable, durable democratic transitions.

To date, CIPE-led rapid response programs have been launched in The Gambia, Armenia, Sudan, Moldova, Malaysia, and Ecuador. These interventions have been funded by the National Endowment for Democracy, The United States Agency for International Development, and the U.S. State Department’s Bureau of Democracy, Human Rights, and Labor.

These initiatives rely on a pool of experts, practitioners, academics, and government officials who can be mobilized quickly for in-person or virtual guidance and support. Many of these experts are convened quarterly through a volunteer Rapid Response Community of Practice hosted by CIPE. These private discussions have typically focused on intervention strategies and country selection criteria. More recent meetings have focused on Afghanistan and the importance of donor coordination during windows of opportunity.

CIPE’s rapid response program work has been augmented by the efforts of CIPE’s regional program teams. For example, in Africa, CIPE supported the Gambia Chamber of Commerce and Industry (GCCI) in establishing the country’s first National Business Council (NBC) during the country’s democratic transition. This led to the launch of the Business Environment Reform Program in June 2020, an initiative that complements The Gambia’s National Development Plan with a focus on private sector-led development.

Similarly, the Sudan Anti-Corruption Resource Center (SARC) was launched in 2020 to serve as an anti-corruption hub that brings together journalists, academics, business groups, and NGOs. A number of additional initiatives have sprung since SARC’s launch and the opening of CIPE’s Sudan office, which is by Sudan Country Representative Shaza Elmahdi. These include initiatives with:

CIPE’s newest rapid response project is ongoing in Ecuador. In the early days of the COVID-19 pandemic, Ecuador was hit hard by both the pandemic and the harmful consequences of public-sector corruption. Public officials used loopholes in Ecuador’s public procurement laws to gouge prices on critical items from face masks to body bags, with disastrous consequences. Local journalists uncovered these schemes and the public was outraged, which led many implicated public officials to resign from office. CIPE and its in-country partner, Fundación Ciudadanía y Desarrollo (FCD), perceived that a window of opportunity had opened to push for reforms of the country’s public procurement laws.

As a result, CIPE and FCD are running a three-pronged program. First, FCD is leading a series of open contracting training workshops, with support from CIPE and the Open Contracting Partnership, for local government procurement officials and civil society groups. The workshops have received attention from procurement officials across the country.FCD is already increasing the number of workshops offered to meet growing demand. Second, FCD is training Ecuadorian journalists on techniques for carrying out data journalism and investigations of public procurement bids and holding a competition for the best investigative report related to public procurement. Third, FCD is leveraging Ecuador’s recent accession to the Extractive Industries Transparency Initiative in order to strengthen Ecuadorian civil society’s role in mitigating corruption risks in the extractive sector.

As CIPE continues to expand its rapid response programming, the new Anti-Corruption Rapid Response webpage will operate as an information nerve center for anti-corruption activists, thought leaders, academics, and practitioners committed to a more agile approach to anti-corruption interventions.

We want this website to act as a useful resource for others committed to this approach. If readers have suggestions for making it more useful or have suggestions for podcast guests, blog topics, or tools we could feature, please let us know. We invite you to share suggestions, tools, and experiences to enrich this community of learners and implementers as we seek a better and fairer world.