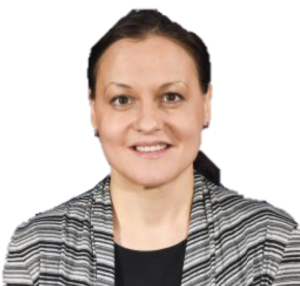 On May 15, one day after this blog was originally published by the FCPA Blog, Russian lawmakers adopted in the first reading amendments to the Criminal Code to make it a criminal offence to observe sanctions imposed by the United States or other foreign countries on Russian oligarchs and government officials. The offense is proposed to be punishable by up to four years in prison. The draft also makes it a criminal offense for Russian citizens to help foreign governments sanction senior Russian government officials and oligarchs by providing advice or information, punishable by up to three years in prison. These changes seek to undermine the sanctions introduced by the U.S. Countering America’s Adversaries Through Sanctions Act (CAATSA) adopted in August 2017 and imposed by the Department of Treasury’s Office of Foreign Assets Control (OFAC) in April 2018. These U.S. sanctions were adopted in response to the Kremlin’s interference in the U.S. elections, continuing aggression in Ukraine, cyber intrusions and other violations.

Even though the Russian draft amendments do not directly relate to the U.S. Global Magnitsky Act – the subject of the blog – we recognized that they might have a further stifling effect on the civil society and business community in Russia when it comes to potentially sharing information about significant corruption involving Russian public officials and oligarchs with the rest of the world.

In a move watched carefully around the world, the United States adopted its first anti-kleptocracy law with extraterritorial reach in 2016.

The Global Magnitsky Act, named after a Russian lawyer who uncovered a massive corruption scheme and died for his efforts, is a novel piece of legislation that gives the U.S. President significant power to pinpoint and punish those engaging in grand corruption and human rights violations.

An Executive Order, issued in December 2017 to implement the law, declared a national emergency “to deal with the unusual and extraordinary threat posed by serious human rights violations and corruption around the world to the U.S. national security, foreign policy, and economy.”

By imposing both visa bans and freezes of U.S. assets, the law seeks to protect the U.S. from becoming a haven for human rights abusers, corrupt officials, and their cronies — and a safe place for their ill-gotten wealth. An effort is underway to make the law a global standard.

Already, similar legislation has been adopted in six other countries: Canada, UK, Estonia, Lithuania, Latvia and Gibraltar. In addition, lawmakers in Australia, France, Sweden and the Netherlands are currently considering versions of the law.

Since the adoption of the U.S. Global Magnitsky Act, a coalition of about 70 NGOs worldwide has been working to provide information. Through their reporting, the coalition’s aim is to spark an investigation by the U.S. government, which would potentially levy sanctions.

When it comes to enlisting help in gathering information, one group is often overlooked — local businesses. Entrepreneurs often have first-hand experience and powerful motivations to supply information — an inability to compete fairly in public tenders because of rigged procurement systems, a lack of access to captured sectors of domestic economies by kleptocrats and their cronies, and frequent abusive and selective inspections by tax authorities (who are compensating for the lack of budget revenue due to the massive tax evasion schemes utilized by kleptocrats and their operatives).

Many local businesses have access to confidential information about serious corruption violations and the perpetrators, and if they are aware of the opportunity to share it, such tips can help the U.S. government to corroborate missing pieces on existing cases or open new cases that may result in sanctions. Imposing these sanctions may also provide a long-waited respite from kleptocrats and corrupt oligarchs who abuse local markets with impunity.

Information submitted to the U.S. government whether by businesses or NGOs, must be carefully corroborated, and if it meets the evidentiary standards (and is deemed to be in the U.S. national interest), then the name of a perpetrator is added to the Treasury Department’s Office of Foreign Assets Control sanctions list, or SDN list. Individuals or entities on the list will be red-flagged by practically any due diligence screening anywhere around the world, significantly complicating their ability to move or use their assets via any reputable financial institution. U.S. assets, including property, will be frozen, and the perpetrator will be forbidden from entering the United States.

Verification and completion of the information submitted for the sanctions determination is a complex, rigorous and time-consuming process. If an evidentiary package does not contain all necessary information or cannot be fully corroborated at this time, it will not end up with the designation. However, it can still be used for diplomatic purposes. For example, it can be communicated diplomatically that even though only three people from the same network have been sanctioned, the U.S. government is aware of many more individuals being involved in similar sanctionable behavior.

A March 2018 discussion at the U.S. Helsinki Commission provided several key points to keep in mind if a business is considering submitting relevant information:

The law applies to any foreign officials or their associates engaged in “significant corruption, including the expropriation of private and public assets for personal gain, corruption related to government contracts or the extraction of natural resources, bribery, or the facilitation or transfer of the proceeds of corruption to foreign jurisdictions.” It also applies to any foreign persons who “materially assisted, sponsored, or provided financial, material, or technological support for, or goods or services in support of” corrupt activities by foreign officials or their associates.

The Executive Order clarifies the process of blocking the property of both individuals and entities involved in serious corruption and human rights abuse, and extends the sanctions beyond current and former government officials to any persons acting for or on behalf of such officials.

The U.S. Global Magnitsky Act is an elective law, meaning that the U.S. government can exercise discretion over who it goes after, and will only act if i) the evidentiary threshold is met and ii) doing so is in the U.S. national interest.

To make the U.S. interest argument a submitter is expected to demonstrate what impact the sanction would have from the perspective of the U.S. government. Rob Berschinski from the Human Right First and the former Deputy Assistant Secretary of State advised that a strong argument would include the explanation of “why sanctioning a particular individual or entity can send a targeted message to a government, a faction of a government, or a particular military unit or a security service under a government, or isolate an individual spoiler or subcomponent or a government, or improve a regional security situation, or to provide leverage in a diplomatic discussion or a negotiation.”