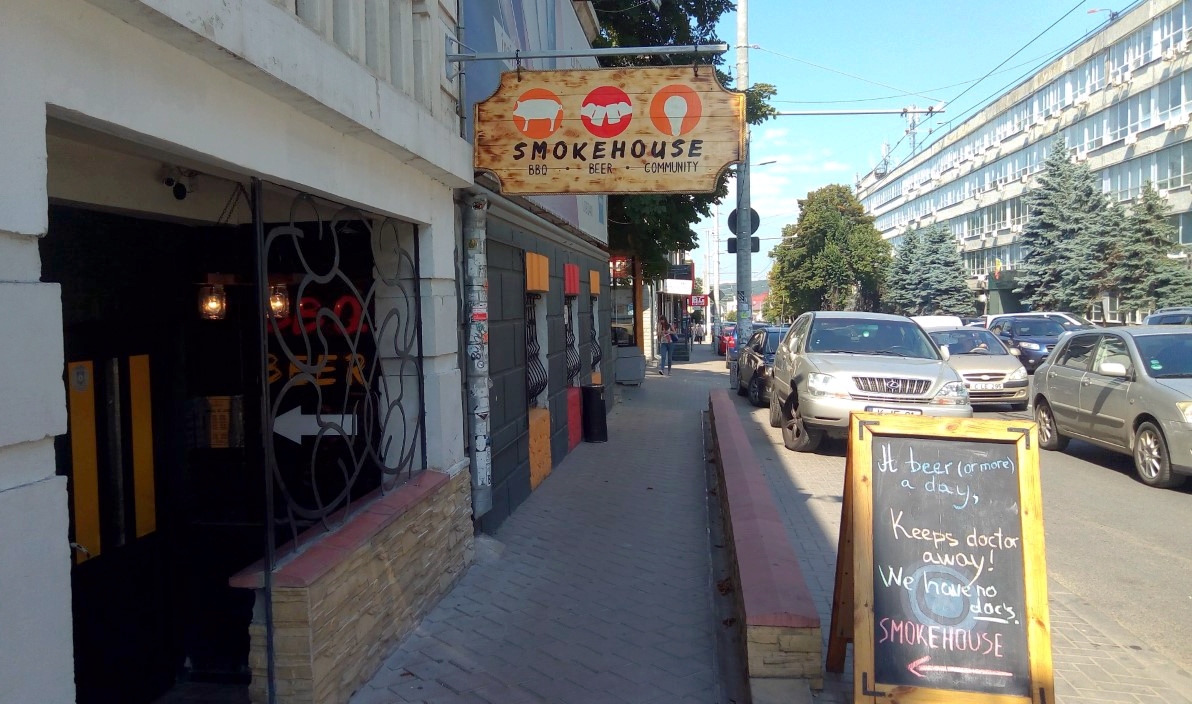 In Moldova, business owners like me suffer under rampant corruption and excessive bureaucracy. These challenges are linked because current burdensome bureaucratic systems create opportunities and power dynamics that allow corruption to flourish. This relationship shows how corruption in Moldova is more complex than a “law enforcement” issue. It is an entrenched systemic issue with a law enforcement component.

Indeed, fighting corruption in Moldova requires targeted systemic reforms that address bureaucratic barriers that tend to extract bribes from small businesses. This will most likely be a slow, consultative process as government offices develop rules and processes that eliminate bribery, graft, and other forms of corruption.

Sadly, the slow-moving nature of this kind of anti-corruption reform provides little political incentive for Moldova’s leaders to implement it. For one, anti-corruption reforms are often poorly understood. Other policies that appear to generate quicker wins often appeal to politicians eager to “get something done.” This misalignment has tended to result in little progress and endemic public disillusionment about corruption in the country.

A few years ago, I came across a corruption-fighting approach with the potential to undo Moldova’s deadlock. It is called the New York City Department of Small Business Services. Originally set up in the 1990s as a business services office, in 2004 it was rebranded and given a new mandate to help small firms navigate the maze of permits, licenses and inspections that exist in New York City.

It was not a commission to study the issue and make recommendations but an office with a practical mission – help businesses get what they need from the city. As a guiding principle, the office was empowered with upholding a Business Owners Bill of Rights. This enumeration of rights set out the necessary vocabulary and common understanding for government and business to best work together.

We need this in Moldova. As the President of the Moldova Small Enterprise Alliance (AIM), my team and I developed our own “Small Business Bill of Rights” and advocated for the establishment of an Office of the Business Advocate to support these rights.

As in New York City, the concept of the office is straightforward. The Business Advocate must be empowered as a watchdog and oversight office in the bureaucracy. When a business feels their rights have been violated, either by procedure or corruption, they may appeal to the Advocate’s office. The Advocate may then investigate and is empowered to enter any institution and demand access to relevant files or data. They may investigate specific cases or look for patterns of abuse or uneven application of the law. Finally, in addition to solving the problems of individual businesses, the Advocate may make recommendations to law enforcement or to Parliament in cases of criminality or needed reform.

Since first advocating for the Office of the Small Business Advocate (sometimes called Business Ombudsman), some political leaders in Moldova have shown interest in the idea. In 2019, a legislative process was initiated to draft a Law of the Business Advocate and the Executive branch has mentioned the law in press releases and cited possible start dates. However, in the political turmoil of the last year the law has yet to emerge on any formal agenda.

The law deserves renewed prioritization. As small and medium-sized businesses struggle to cope with the ongoing fallout of the COVID-19 pandemic, there is no better time than now to help entrepreneurs receive fairer treatment and avoid corruption.

However, the last draft of this law has several serious deficiencies. First, the proposed Business Advocate does not include an effective oversight mechanism. AIM has proposed using a model piloted in Ukraine. In this arrangement, the office is overseen by a three-party board composed of government, business and international partners. Each party may have as many members as they see fit but each party will have one vote. This arrangement has secured substantial independence for the Ombudsman in Ukraine as well as effective oversight.

A second problem is transparency. In the draft law, the Business Advocate has the “right” but not the “obligation” to do any public reporting of their work. We believe that the Advocate must report to a competent oversight board who should be mandated to publicly release detailed reports on the work of the Advocate’s office.

Lastly, the currently drafted law lacks a Business Bill of Rights. This omission increases the risk of public misperception. On its face, a “bureaucracy to solve bureaucracy” can sound like replacing one poor solution with another, which is not the intent of the Business Advocate. On the other hand, promoting a Business Bill of Rights will provide a clearer message about the purpose and function of the new office and outline clear criteria by which we may all judge its success.

While Moldova is a nation that struggles with rent-seeking bureaucracy and corruption, it is also a place where these challenges can be overcome with the right tools. Properly implemented, a strong, transparent and effectively overseen Office of the Business Advocate could be one of the most powerful tools in this struggle.

David Smith is the President of the Moldova Small Enterprise Alliance (AIM) and Co-Founder of Smokehouse BBQ Restaurant, Chisinau Moldova